“Sebastian met Isabelle outside the Hillhead Underground Station, in Glasgow. Belle harrassed Sebastian, but it was lucky for him that she did. She was very nice and funny, and sang very sweetly. Sebastian was not to know this, however. Sebastian was melancholy.

He had placed an advert in the local supermarket. He was looking for musicians. Belle saw him do it. That’s why she wanted to meet him. She marched straight up to him unannounced and said, ‘Hey you!’ She asked him to teach her to play the guitar. Sebastian doubted he could teach her anything, but he admired her energy, so he said ‘Yes’.

It was strange. Sebastian had just decided to become a one-man band. It is always when you least expect it that something happens. Sebastian had befriended a fox because he didn’t expect to have any new friends for a while. He still loved the fox, although he had a new distraction. Suddenly he was writing many new songs. Sebastian wrote all of his best songs in 1995. In fact, most of his best songs have the words ‘Nineteen Ninety-five’ in them. It bothered him a little. What will happen in 1996?

They worked on the songs in Belle’s house. Belle lived with her parents, and they were rich enough to have a piano. It was in a room by itself at the back of the house, overlooking the garden. This was where Belle taught Sebastian to put on mascara. If Belle’s mum had known this, she would not have been happy. She was paying for the guitar lessons. The lessons gave Sebastian’s life some structure. He went to the barber’s to get a haircut.

Belle and Sebastian are not snogging. Sometimes they hold hands, but that is only a display of public solidarity. Sebastian thinks Belle ‘kicks with the other foot’. Sebastian is wrong, but then Sebastian can never see further than the next tragic ballad. It is lucky that Belle has a popular taste in music. She is the cheese to his dill pickle.

Belle and Sebastian do not care much for material goods. But then neither Belle nor Sebastian has ever had to worry about where the next meal is coming from. Belle’s most recent song is called Rag Day. Sebastian’s is called The Fox In The Snow. They once stayed in their favourite caf’ for three solid days to recruit a band. Have you ever seen The Magnificent Seven? It was like that, only more tedious. They gained a lot of weight, and made a few enemies of waitresses.

Belle is sitting highers in college. She didn’t listen the first time round. Sebastian is older than he looks. He is odder than he looks too. But he has a good heart. And he looks out for Belle, although she doesn’t need it. If he didn’t play music, he would be a bus driver or be unemployed. Probably unemployed. Belle could do anything. Good looks will always open doors for a girl.” 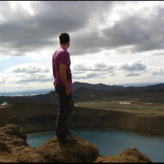